Two fun interactive history sites for you today, about the settlement of Jamestown:

In 1606, some 105 adventurers set off from England to try and establish the first permanent English colony in the New World. They settled in what is now the state of Virginia and called their colony first James Fort, and then James Towne, in honor of James I, the King of England. The early years of the colony were nearly a total disaster. Almost half of the settlers died due to poor choices in settlement location, management of resources, and quarrels with the indigenous Powhatan Indians.

What if you were the Captain of the Jamestown Colony? In this simple interactive online game, you can make your own decisions and see where they lead you. Can you do any better than the real colonists? You will have a copy of the London Company’s Instructions to help guide you. Also, you can ask your fellow colonists and the Native Americans for advice. Be careful, though, because some advice is better than others! 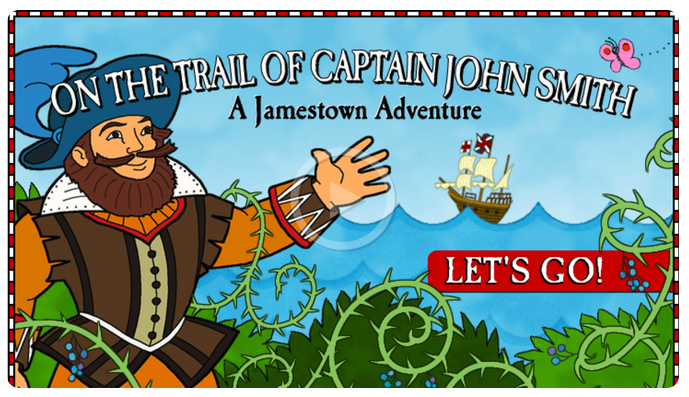 ON THE TRAIL OF CAPTAIN JOHN SMITH, from the National Geographic for Kids website, follows Captain Smith and the other settlers as they journey to the new world and found Jamestown. There’s several mini-games and videos about the challenges they faced in this fun interactive adventure.